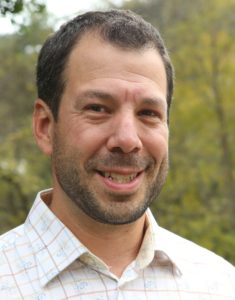 Avram Mandell is a dynamic educator and respected member of the national Jewish community.

He brings over 20 years of experience developing and leading educational programs for Jewish children and teens. Avram aspires to create high-impact immersive programs that engage young adults in Jewish learning in a fun and relevant way and inspire them to incorporate Jewish values in their everyday lives.

Avram also brings youth group and camp experience, and once served as Assistant Director of the Union of Reform Judaism Camp Harlam and the regional advisor to the Pennsylvania High School Youth Group, NFTY-PAR.

Avram holds a Master of Arts degree in Jewish Education (MAJE) from Hebrew Union College – Jewish Institute of Religion (HUC-JIR) in Los Angeles, CA and a Bachelor of Science in Marketing from Miami University.

Avram served as co-chair of the Los Angeles Bureau of Jewish Education (BJE) and was elected to the board of the National Association of Temple Educators (NATE) from 2007-2009. He was a 2010 Pellie Technology Fellow and a 2013 PresenTenseLA Fellow. Avram is a frequent speaker on experiential education, Hebrew language acquisition, teen engagement, and technology in the classroom. He is the creator of two popular Hebrew learning apps and an award-winning Jewish radio station.

Avram authored “Carry Over the Feelings and Practices of Passover” (Reform Voices of Torah, April, 2011); “Derech HaLimud – The Way to Study” (The Hebrew Project, July, 2010); and “Funny Man”, Still Small Voice: Reflections on Being A Jewish Man (URJ Press, 2007).

Avram was named the 2016 RHSOE ALUMNI-IN-RESIDENCE Educator for the Hebrew Union College in Los Angeles.

Avram brings many of his passions to Jewish education, including camping, improvisational comedy, music, and service. He is married to Abby Fifer Mandell, MAEd, Executive Director of the Brittingham Social Enterprise Lab at the University of Southern California Marshall School of Business, and is the proud father of two children, Shai and Bo. 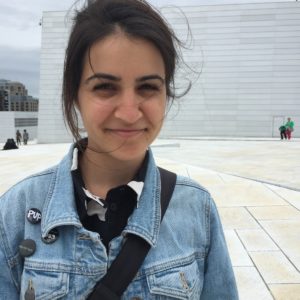 Sandy Irani has been producing enriching events and gatherings for more than 15 years providing a meaningful platform for people to share their stories. Her background is mostly centered around community programming in the worlds of music and art. She has worked with organizations including Sofar Sounds, The Wild Honey Pie, The Resident Collective, and Acoustic Night New York. She is also an artist who has focused the last few years on travel photography and illustrating ketubbot, which you can see on her website.

Sandy holds a Bachelor of Arts degree from Sarah Lawrence College. While attending Sarah Lawrence, Sandy worked as the Social Action Tikkun Olam teacher for the Temple Israel of Great Neck’s Youth House in New York, where she was an active member as a student. In her youth, Sandy found her own connection to Judaism through social action and social justice-related programs, many of which she was organizing herself as the president of several different service clubs through USY, Rotary International, and the Youth House. Since moving to Los Angeles in 2014 to be closer to her growing family, Sandy has worked as a volunteer coordinator, a retreat counselor, and a mentor hoping to educate and inspire young minds outside of the classroom.

Sandy can be seen most nights at a concert, a storytelling event, or seeking out unique experiences around Los Angeles. She loves to travel and is always down for a 90s night. 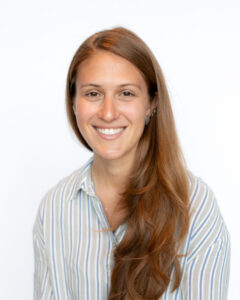 Sasha Dominguez brings innovative ideas and practices and a deep love for building relationships and learning through a Jewish lens. Her passion for Jewish community and education has led her to work for various synagogues, camps, and youth organizations across the country. A published writer, she has been featured in eJewishphilanthropy.com and ReformJudaism.org. Sasha believes in the power of music and utilizes music as both a teaching tool and as a means of communal connection.

Sasha holds a Bachelor of Arts degree from Indiana University and two master’s degrees from Hebrew Union College- Jewish Institute of Religion (HUC-JIR) in Jewish Education and Jewish Nonprofit Management. While in school she created a curriculum on the evolution of Israeli culture through music and researched Jewish pluralism through the music community. This research led to the founding of  Kol Connection. While at HUC-JIR, she was also an iCenter Israel Education fellow. Sasha has had experiences across Jewish denominations, within varying organization types and hopes to continue making Judaism and social justice relevant and relatable in the lives of teenagers.

Sasha loves being outside and enjoys outdoor activities such as hiking, climbing, and going to the beach. She also enjoys live music experiences and a good adventure.